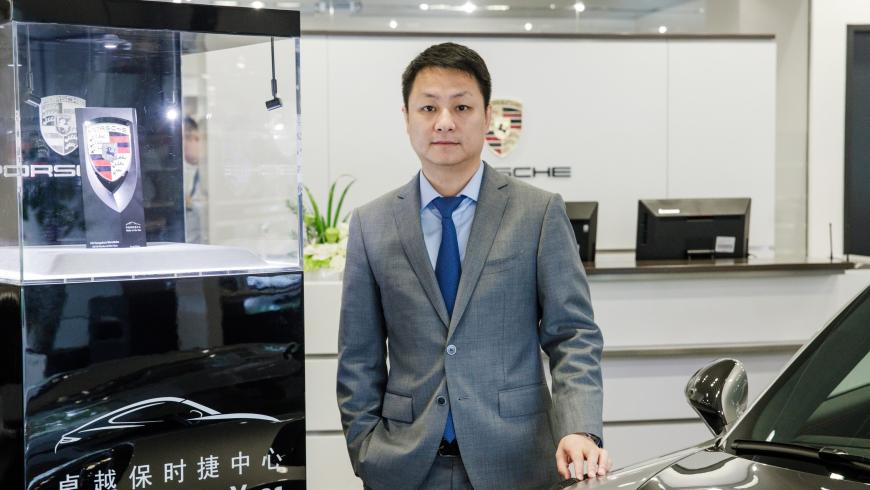 As a veteran, I used to think battle tactics were only used on battlefields. I had no idea the same approach could be translated into marketing strategies, and very effective ones at that.

I joined Jebsen in 2015 with two goals: to enrich myself, and to learn the ins and outs of a foreign enterprise like Jebsen Group.

My experience as a soldier taught me that when it comes to combat, there are no guarantees. One sleight of hand by the opponent can take away your edge overnight, and I learned to stay cautious even while ahead. This habit came in surprisingly handy when I joined Jebsen. Porsche was clearly leading the automobile market at the time, but even as a newcomer I could see that shifts in market trends and customer expectations were imminent. Changes spelled opportunity, so I made a proposal to revolutionise our team strategy and help Porsche stay competitive. Once decision-makers from Jebsen, our dealers and Porsche China gave their green light, we launched a series of new strategies and change programmes.

Looking back, this decision was one of my favourite moments at Jebsen. It also turned out to be a right move. In 2016 we were listed among the top 8 in the China sales competition, and went on to be named Dealer of the Year (Central China) and one of the 100 best Porsche Centres worldwide in 2017!

Previously as Deputy General Manager at Porsche Centre Hangzhou Westlake, I was in charge of daily sales operations for Porsche. I also helped our General Manager fulfil KPI for areas including sales performance, aftersales service, finance and insurance services, used cars sales and marketing.  With each day it is becoming clearer to me that the skills I gained in service have been guiding me to where I am today.

Take people, for example. Army or office, finding the right talent is a leader’s single most important task. Three years ago during Jebsen Motors’ sales restructure, I had trouble finding suitable supervisors to join my team. I wanted to recruit internally, but this was not much easier: the people I identified had never worked in the frontline, and for a long time they were reluctant. They finally agreed after some sustained and insistent persuasion on my part.

Being a believer that talent is a company’s best asset, I pour my heart into nurturing each team member. I enjoy guiding them to grow through mistakes, and I love watching them transform from ordinary to excellent to stellar. Our team continued to strengthen, becoming the top Porsche Centre in China and best sales team in 2018, and once again was listed as one of the world’s 100 best Porsche Centres in 2018.

In the army I learned that a soldier should be perseverant; at Jebsen I realised that a salesperson should do the same. This became most evident when we represented Porsche Centre Hangzhou Westlake in the three-month “2019 Porsche Rising Stars’ Bootcamp.” We persevered through a mix of challenges including Weibo quizzes and regional trial contests, getting all the way to the final competition. Competing amidst new-joiner salespeople coming from all around the country, we took home the honours of Best National Sales Manager and the 4th Best National Sales Team. It was a proud moment for us and for Jebsen.

Jebsen opened an avenue for me to do something I love, too. I established a basketball team, gathering players from different departments of our Porsche Centre to play regular matches within and outside of the industry. This experience taught me that the team spirit so valued in the military can also be learned elsewhere. Shooting hoops together not only strengthened relationships between departments, it also developed a united desire to win among us.

We should always have a desire to win. I initially joined Jebsen with a goal to enrich myself; my goal today remains, to continue upgrading myself. I would like to take up even bigger challenges, and one day take on a higher position. The future excites me; with strategic commanders and courageous comrade-in-arms working together, Jebsen can only get stronger. 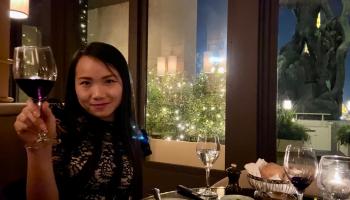 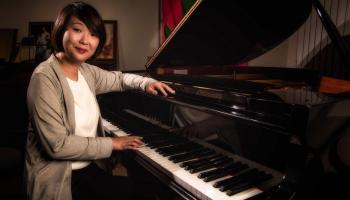 Leadership: From Military to Office